Nationwide Testing and Education Will Reopen Socialization in the U.S. According to One Public Health Expert

Intrigued with zoonotic diseases – the cross-species virus transmission between humans and animals, this doctor of epidemiology is trying to decipher and understand the origin of COVID-19. At the same time, he can’t stop envisioning the best way for U.S. citizens to safely re-enter a social atmosphere without causing a catastrophic spike in the disease that has plagued the country.

“If we want anything to be done in public health, it has to be through laws and sometimes there will be restrictions on people’s mobility and choices but these are things that will save people’s lives,” said Christopher Tex, PhD, MPH, faculty member of Chamberlain University’s Master of Public Health degree program who is also enrolled in the Certificate in One Health at Ross University School of Veterinary Medicine about COVID-19. “There’s so much information out there that it can be daunting.” 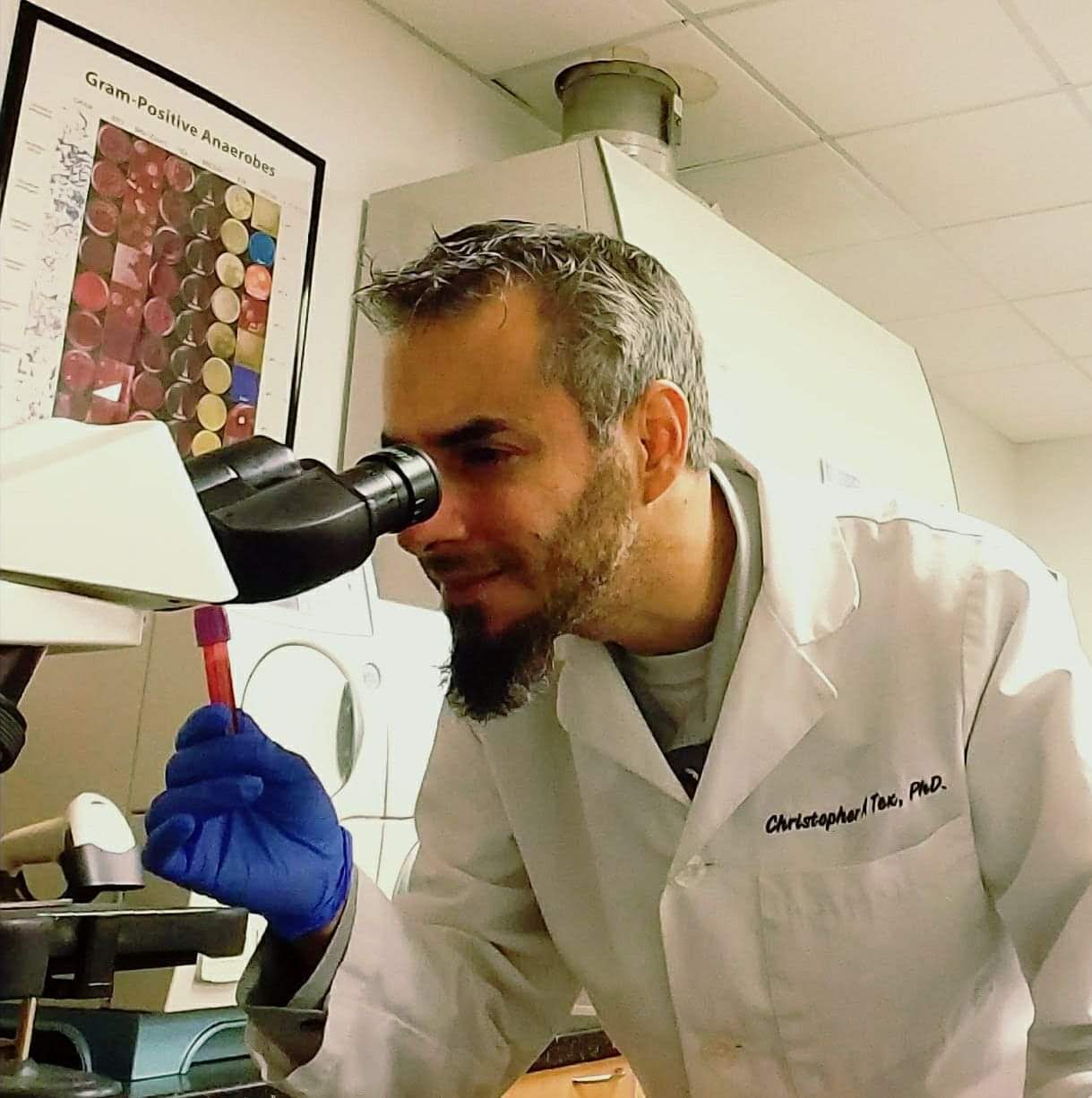 Learning from the Past

Christopher is convinced the No. 1 way to lessen widespread fear and panic is to be transparent. “We lacked transparency with Ebola, SARS and MERS and we learned from it. Everybody must work together,” he explained in reference to severe acute respiratory syndrome (SARS) first identified in Asia in 2003 and Middle East respiratory syndrome (MERS) that first appeared in Saudi Arabia in 2012.

And he said it’s imperative to continue mass production of personal protective equipment (PPE) like face masks – even if it means tapping into unconventional methods such as 3D and 4D printing.

For a truly successful outcome of the current stay-at-home order, Christopher recommends a two-pronged process – extensive testing and education. “We need to test people who are asymptomatic because they could be carriers and infecting other people. And there are those who’ve already had it and we could use their serum to develop medicines and vaccines. The more we know about people in the community who’ve been exposed and have the antibodies – those who should be immune – then we can determine how long they will be protected and we can make projections and start relaxing social distancing guidelines.”

To educate, Christopher proposes short, targeted video clips. “We need thought leaders who can actively and routinely give out updates in simple terms.” While we’re digesting news about the pandemic, Christopher encourages his students and others to keep their minds active by joining networking groups. “We’re ensuring and reiterating that we’re all in this together and this is not the end of the world. We’re social creatures and there’s nothing wrong with wanting to be around each other,” adding that social distancing doesn’t mean social isolation. Accessing the internet, socializing via webcam and calling someone on the telephone can strengthen emotional bonds. “Our resilience will be a testament of our human spirit in facing these challenges.”

And when testing and education finally synchronize, Christopher foresees an opportunity to begin social interaction in bite-size pieces through a bottom-up approach using collected data:

Start in the Trenches

“Governors have a wide state to manage. It’s going to be mayors, townships, municipalities, cities. We’re going to have to get them all on board so we have some concerted effort, some unified front so we’re not all going to be on this one platform when we get this next wave,” Christopher explained. “The people in the community know the culture. Different communities have different needs and what works in one area may not work in the other, which is why we need to listen to what the community wants. We have to get buy in from the community level first.”

Helping in his community, Christopher Steps Forward by volunteering time with the Flying Samaritans, an organization that provides free medical care to those in need. And he is no stranger to understanding the positive results of helping others, something he learned firsthand as an infant.

“I was malnourished and on death’s door,” Christopher said about his condition when he was adopted by his parents, two pharmacists who volunteered at a free clinic in Mexico when they discovered him. He was one of four boys in the family – two other adopted boys, one from Honduras who had cerebral palsy and another from Peru with a cleft lip and palate as well as the couple’s biological son who was born with water on the brain and tragically died 10 years ago. “I couldn’t ask for a better family. My grandparents were very instrumental and always said if you wanted to do something, you could do it.”

That’s what led the Arizonan to explore all avenues of interest including his long-term passion for animals. “I love studying in different disciplines that work together on a common problem” – combining his knowledge of public health with Ross Vet’s One Health program, which focuses on understanding the interconnectivity between the health of humans, animals and the environment.

Combining Public Health with One Health

“I had anemic dysentery, which is a parasite,” Christopher said about his infancy. “There are many parasitic diseases around the world that we should have eliminated. There’s no excuse for many of these neglected tropical diseases. If anything, the Certificate in One Health program will give me a scientific aptitude so that I can complement what I have as far as a public health background and forge ahead and really be a thought leader.”

When he’s not trying to solve global health issues, Christopher finds his happy place by going into his home studio and rocking out – literally. As a drummer in several different bands since the second grade, the TikTok novice has played jazz, participated in marching band and choir and even hobnobs with the likes of ZZ Top. Regardless of whether he’s working or relaxing, Christopher’s mind still runs a mile a minute because of his ultimate goal – “I want to change the world.”

We appreciate your commitment to the continued well-being of our Chamberlain community and support during this unprecedented time. Please visit the Chamberlain University and Ross Vet websites for the latest updates regarding COVID-19.

We thank and honor all healthcare workers through our Care for Caregivers website as well as the Chamberlain Wall of Gratitude and thank-you message.