Dr. Clarke: Someone Has to Do it, Why Can’t it Be You?

If you talk to any veterinarian, you will likely hear a story about a family pet or some experience as a child that inspired their journey into veterinary medicine. Less often, you hear an anole lizard sparking a lifelong passion for animals.

Elsburgh ‘Tres’ Clarke III, DVM, DACZM, ’08, is allergic to cats, and a traumatic event with a family dog when Tres was a baby, made the Clarke family consider alternative pet options. Lizards, boa constrictors, iguanas, and all sorts of more exotic pets turned the Clarke home into a “forever zoo,” as Tres called it, and the at-home pet zoo laid the first foundation for Tres to dream of being a veterinarian.

At about 11 years old, Tres recalled, was the first time he visualized himself as Dr. Clarke. “My father is an ER physician, and around that age he took me to the ER room for his night shifts just to see what he did, and I was blown away by it. In my little conflicted mind, I knew I wanted to be a zookeeper but also wanted to be a doctor, and my mom said: ‘you know, you could be both.’”

Even at an early age, Dr. Clarke envisioned a career caring for exotic animals thanks to the family pets the Clarke’s already had at home. Today, he is the director for animal health and welfare for SeaWorld Abu Dhabi, which upon its grand opening next year will become the world’s largest and most expansive marine-life aquarium with more than 68,000 marine animals under Dr. Clarke’s supervision (Source).

Dr. Clarke first studied small animal science at Delaware Valley University, where he maintained his love for exotic animals by raising geckos in his dorm room and working at the Philadelphia Zoo. After completing his degree, he enrolled at Ross University School of Veterinary Medicine (Ross Vet), where he learned the practical skills of veterinary medicine along with some unplanned lessons about what it takes to be a veterinarian. Things like learning adaptability by studying for exams in candlelight if the power went out.

Looking back, one of the things Dr. Clarke has come to appreciate most about Ross Vet is the sense of community that is fostered throughout the Rossie family. “You really develop strong bonds because you’re in it together on an island away from family and friends going through vet school. I can say I’m still great friends with a lot of my classmates that I met on the island to this day and until the day I die.”

Coming to Ross Vet also brought about a significant moment for Dr. Clarke’s journey – it was the first place he had seen another veterinarian who is Black. “Ross Vet welcomes people from all over the world, and it was nice to have that diversity. We had an unofficial Black Student Union where we’d hang out, have dinner as a group, and we are still friends and talk today. We found each other, but it wasn’t just us; we were part of the student body and our brains made us stand out, not our skin color.”

Dr. Clarke encourages other Black aspiring veterinarians to push past barriers. “Just because you don’t often see Black people in veterinary roles, do not let anyone tell you that you can’t do it. Up until Ross Vet, I didn’t have any examples of representation [in veterinary medicine] other than myself, and I could not let that deter me. Someone has to do it, why can’t it be you?”

This same sentiment continued to drive Dr. Clarke into his career, where he first got started in New Orleans with the Audubon Nature Institute. He always knew finding a job with a zoo or aquarium would be challenging because small practices far outnumber zoos and aquariums across the country. But why couldn’t it be him?

“You get into this field because it is a passion; it isn’t something you just fall into. It takes will power. You must work for it, and veterinarians do it because we love what we do. We know what lies ahead on our path and we are willing to do the work to see it through. Through my hands alone I’ve saved thousands of animals and helped get them back into our environment.”

Now at SeaWorld Abu Dhabi, he will care for 68,000 animals, overseeing all their medical and nutritional needs and running the organization’s adjacent Rescue Center in the Arabian Gulf. With the grand opening of SeaWorld Abu Dhabi coming next year, Dr. Clarke is exactly where he envisioned his career would take him. His expertise in exotic animals even landed him a role in the 2015 blockbuster Jurassic World, which filmed in New Orleans while he was at the Audubon National Institute. You may recognize him as Dr. Tim Bowehim, velociraptor veterinarian sharing a scene with superstar actor Chris Pratt, but the real world knows Dr. Elsburgh ‘Tres’ Clarke III as a Rossie and role model for students just like him. “If I could utilize myself and my role to encourage others that if I’m here, they can do it too. If I can be the best I can be and be someone’s inspiration, that is awesome.”

Expanding Her Realm of Care
One Health 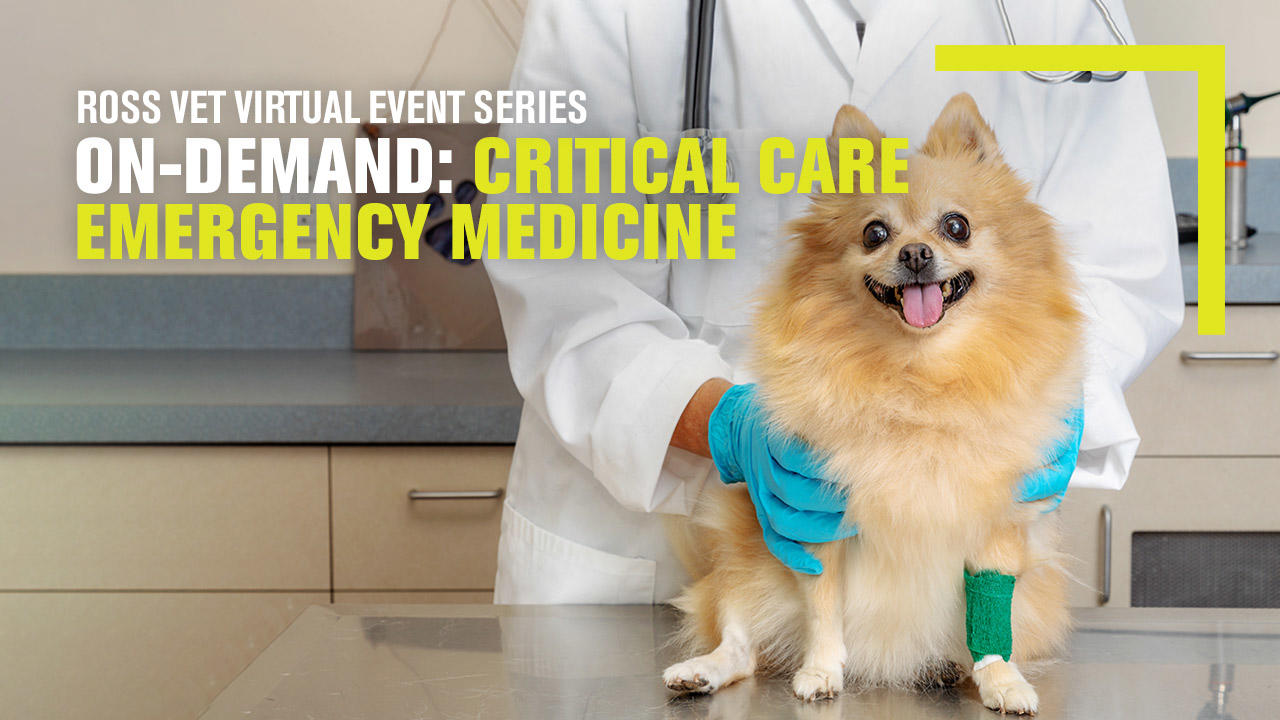