Flaco, an orange-winged Amazon Parrot, has been part of the Ross Vet community for over a decade. His loud squawks and cheerful personality lit up the Ross Vet Aviary and allowed Rossies to care for birds during their studies.

Flaco was a great bird for teaching! His chronic eye problems allowed many students to monitor him and assist in the various diagnostic and treatment approaches. He often whistled with excitement to visitors and squawked loudly when his favorite visitors had to go. He also became a true companion for the students who cared for him while the aviary went through renovations or repairs. He bonded with many students, including alumna Rachel Vistein, Ph.D., DVM ‘18. His company was instrumental in getting her through hard times.

“The winter break that he stayed with me for renovations and continued medical treatment was just a month after my mother had suddenly died of a stroke. Having him to care for, and the beautiful way he started to trust me and let his character show through, was truly therapeutic and a much-needed reminder that there was still so much love available in the world. Even though he was the one who needed medical care, he was just as much my caretaker in that first winter without my mother,” says Vistein.

Now as a senior bird, the search for a suitable home for Flaco became a priority for Ross Vet faculty, Dr. Luis Cruz-Martinez, and the team. After an intensive search, the Nevis Botanical Gardens was the decided best home for Flaco’s retirement and his new beginnings.

“At the Nevis Botanical Gardens, Flaco is enjoying an outstanding aviary with plenty of enrichment from natural trees inside the enclosure. The gardens also have several perching and feeding platforms and a good balance of shelter (natural and artificial) against the rain and wind,” says Ross Vet faculty Dr. Luis Cruz-Martinez.

Adds Vistein, “It brings me such joy to know his gentle soul and comical personality will still be shared with the world while he is enjoying his golden years. Thank you for working hard to give him his best life!”

Flaco has peered with an aviary buddy, Arturo who has been quiet since his partner passed away. As social birds, Flaco has been a good influence on Arturo who has found his voice once again thanks to his new friend. Says Dr. Martinez-Cruz, “Flaco has been a great companion so far for Arturo. I believe he has taken over his Rossie spirit to Nevis and is leading the aviary with his warmth and cheerfulness. He eats fruits and veggies regularly, and by his example, he is teaching Arturo to try out new foods. So far, Arturo has started eating some fruits, date palm seeds, and is exploring the taste of carrots.” 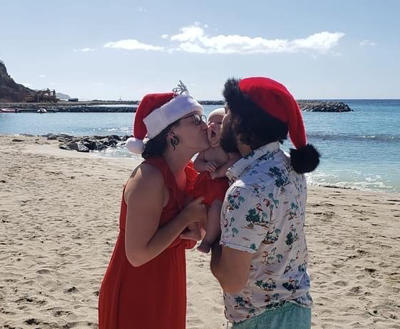 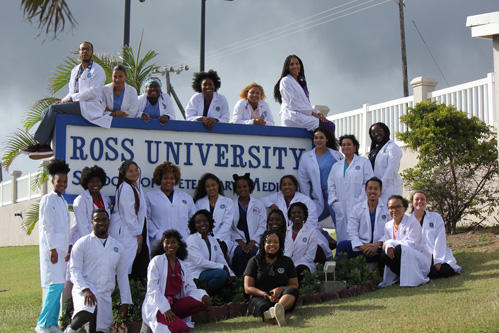