That’s because Dr. Akawi, who owns Greenfield Animal Hospital in Greenfield Center, New York, has made it his mission to become an expert in a vast array of veterinary medical options; Eastern and Western; traditional and unconventional; well-known and emerging.

We caught up with Dr. Akawi to learn more about his background and why he says he’ll “never have a 100% Eastern or Western practice.”

Could you define ‘Eastern’ and ‘Western’ medicine, and why you use elements of both in your practice?

Eastern medicine, which includes acupuncture, draws on the principles of traditional Chinese veterinary medicine, and requires time and patience. Western medicine is what you would see in a typical modern American veterinary practice, including surgery, drug therapy, etc. Modern tools and techniques are far superior at diagnosing disease quickly, and are better in an emergency, but each side has unique advantages, so why not marry them and use an integrated approach?

What are some of the benefits of Eastern medicine?

Acupuncture is fantastic for structural or neurological cases, as well as allergies, arthritis, disc disease and inflammation. It causes the body to release endorphins and hormones while at the same time decreasing inflammation both internally and externally. One great example is a standard poodle several years ago who had been unable to walk for five months. At that point, the dog had developed bed sores, and it’s typically very difficult to get them going again. But he went from laying on his side, not moving any of his limbs, to walking again.

Now, if a dog has a spinal injury, for example, he needs Western medicine. But to get him to reconnect his energy and walk and become a carefree dog again, you need acupuncture. You have to keep an open mind and use both modalities.

How often do you encounter clients who are unfamiliar with Eastern medicine?

Awareness of Eastern veterinary medicine has improved since I started practicing it 18 years ago, but it’s still not widely understood. That said, I’ve been offering it for so long that my clients have typically researched and sought me out specifically for my skill set. But if they do have doubts, I think after a session or two they see the results. On the first visit, a client might tell me their dog is depressed, lethargic, not eating, etc., and within a month of acupuncture treatment, they tell me he’s like a new dog. They say, ‘He’s gaining weight, he’s so active, he wants to play, he’s not depressed anymore.’ When people see that kind of change, they realize how effective it is.

What would you say to people who have reservations about integrated or Eastern medicine?

The great thing is that there is no placebo effect for pets. With dogs and cats, you can’t ask them how they feel or how much they’ve improved. They’re either going to show improvement or they’re not. You can’t talk them into it.

What kind of training have you completed?

I completed a course through the Qi Institute in Florida, and then spent two years becoming a certified veterinary acupuncturist. I’ve also visited China about a dozen times to get advanced training in acupuncture. Right now, I’m in the process of earning my Certified Canine Rehabilitation Practitioner degree. This is all after having graduated from RUSVM.

At the time I enrolled in vet school, I had already earned a Ph.D. in pet health management, a master’s in reproductive physiology, an MBA, and a bachelor’s in animal science.

Wow! After so much education, what made you want to go to veterinary school as well—and why RUSVM specifically?

I didn’t know what I wanted to do at first. I thought I might teach at the university level, but then I got into practice ownership. In California where I lived at the time, you can own a veterinary practice without having a DVM. But I was itching to practice medicine because I knew so much. So I said, ‘That’s it, I’m going to vet school.’

Davis, Oklahoma, and Ross all accepted me, but Ross was the school that would allow me to start the quickest. I had applied in October, and the other schools’ terms wouldn’t start until late the following year. Meanwhile, Ross accepted me for the January semester, allowing me to start sooner, and the accelerated program would allow me to earn my degree that much sooner, too. That’s what did it for me.

For more on Dr. Akawi, visit his website at greenfieldvets.com. 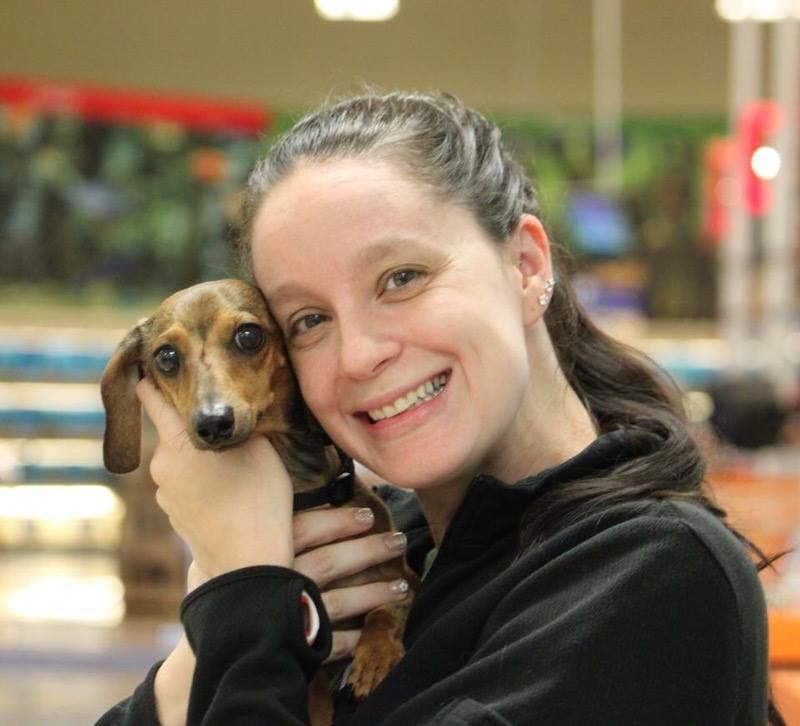