From SeaWorld to Seeing the World

Stacy DiRocco’s work day is a little different from most, in large part because of her patients.

Take Kayla. She’s as athletic and graceful as they come, but she’s also a rather large girl. As in 5,600 pounds and 19-feet-long large – she’s a killer whale, after all. In fact, Kayla is the largest female killer whale at SeaWorld Orlando, which makes her one of DiRocco’s largest patients, being that she’s a veterinarian there.

Yet, being a vet at a place like SeaWorld means being adaptable to animals big and small every day.

“Every day is drastically different, which is one of the things I love so much about my job,” says DiRocco, who graduated from Ross Vet in 2007. “I might start out tending to sea lions. Then maybe a sea turtle. Then a killer whale. Then a manatee. It’s never boring, and it’s certainly not a 9-to-5 job.”

DiRocco admits she’s pretty lucky to be doing what most would consider a dream job, but to say she took an interesting path to get there is an understatement.

For starters, she grew up in Ohio (not exactly a Mecca for marine life outside of Lake Erie). Still, she eventually found her way to the ocean for her undergrad at Pepperdine University.

While there, she began working as a tour guide for SeaWorld. Eventually she made enough connections to become a vet tech, staying on at Sea World for a total of 8 years working as an animal keeper in the mammal department.

Finally, she made the decision to become a veterinarian, but doing so having been out of school for so long made things tough.

“I knew being out of school for so long was going to be hard for me to get into a vet school,” says DiRocco, “but Ross Vet was open to people in my situation, which is what drew me there.”

A couple years later she had her DVM, but instead of hopping back into marine medicine she started a small-animal medicine clinic, while doing marine work on the side for SeaWorld and some local aquariums in California. Yet, the marine side was her true passion, and when a position opened up at SeaWorld Orlando, she moved across the country to take it.

Yet, as far as she’s traveled to get to Orlando, it’s nothing compared to how far her degree has taken her; all the way to Alaska, to be exact.

Di Rocco has now twice been asked to provide veterinary support for a team of NOAA biologists studying seals in the Bering Sea.

“I feel so privileged to be where I’m at and to done all that I’ve done,” DiRocco said. “I truly love what I do.” 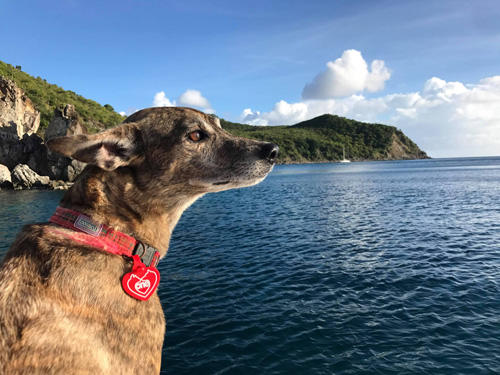