Why These Students Care About One Health (and Think You Should, Too)

In a classroom at the Ross Preparatory School on St. Kitts, children stood in an assembly line, each turning to pass Styrofoam containers and plastic bottles back to the student behind them. But the last student had nowhere to turn. Litter piled up in his arms until he could hold no more, and the items clattered to the ground.

At the head of the line were members of the Ross One Health Club. They had come to the prep school to introduce the One Health concept, which recognizes that the health of people, animals and the environment are all interconnected. The goal of One Health is to encourage the collaboration between multiple disciplines to achieve the best health for all three.

“The activity symbolized pollution flowing down a river, until it all piles up at the end and reaches a little sea turtle,” explains Cassidy McCarthy, president of the One Health Club and a third-semester student. “It shows how everything affects everyone around you. If you toss your empty takeout container in a river or on the side of the road, it impacts public health in so many ways.”

At Ross, passion for One Health is everywhere you look. In addition to weaving the multidisciplinary approach throughout the DVM curriculum, Ross offers a Master of Science degree in One Health, and this past November hosted its first One Health Day, including an evening symposium featuring speakers on the topic of antimicrobial resistance. Ross is exploring ways to collaborate with Johns Hopkins University on world health problems that extend across animals, humans, and ecosystems, such as food security and animal-borne disease. And Ross’s own One Health Club is a veritable outpouring of student enthusiasm for preserving the health of the planet and its inhabitants.

“I’ve always just tried to figure out how I can help humans and animals and the world, because it’s where we live,” says Laura Bradley, vice president of the club. “I didn’t know that there was a word for it until Professor [Christa] Gallagher, who happens to be the club supervisor, brought it up in one of my first lectures here. I joined and became so motivated that I’m now vice president!”

[Pictured: Laura Bradley, vice president of the One Health Club]

While One Health is a worldwide movement, Bradley feels especially fortunate that she gets to be involved here at Ross. “Because St. Kitts is much smaller than the U.S., students have a bigger opportunity to effect real change,” she says. “It’s really a rare opportunity. If our members voice their ideas to improve campus and the island, we have the ability to put them into action and they can actually see the change that they helped to create.”

Their upcoming plans include researching how trash is managed on St. Kitts, collaborating with neighboring schools such as the University of Medicine and Health Sciences, and conducting more education and outreach.

This kind of enterprising, can-do spirit was one of the major reasons why McCarthy was drawn to Ross. During undergrad at Texas A&M, McCarthy was a vet tech at the large animal clinic, often working with clinical students—including several Ross students. “The Ross students were the best ones to work with,” says McCarthy. “They were the most well-rounded, down-to-earth, and willing to get their hands dirty. When it’s the middle of the night and there are no clinicians there, just you and the vet students, you want the ones who know what they’re doing and don’t shy away.”

[Pictured: Cassidy McCarthy, president of the Ross One Health Club]

McCarthy knows firsthand how important it is to examine the linkages among animal, human and environmental health. She was diagnosed with chronic neurologic Lyme’s disease and Bartonella, a disease transmitted by ticks. Zoonotic diseases—those spread between animals and people—are a central concern of the One Health movement: According to the Centers for Disease Control and Prevention, six out of every 10 infectious diseases in humans are spread from animals.

After graduation, McCarthy is considering large or mixed animal practice, as well as epidemiology, public health, and research on tick-borne diseases.

But for now, she’s enjoying her time at Ross.

“I wouldn’t want to go to any other school. Everyone’s there for each other, there’s no competition, we’re all in it together,” says McCarthy. “I really feel like we’re part of a family here.”

And both McCarthy and Bradley urge others to get involved with One Health—whether you’re in a health profession or not.

“Learning about One Health is so vital, no matter where you are,” Bradley says. “It’s something that we see is causing an impact on how we live, every day.” 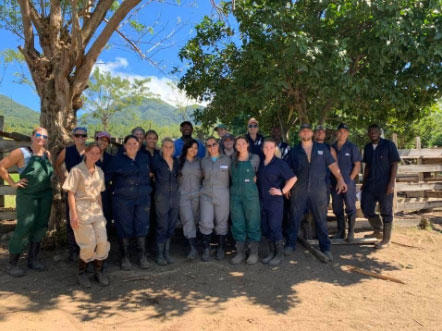 What Is a Zoonotic Disease?
One Health 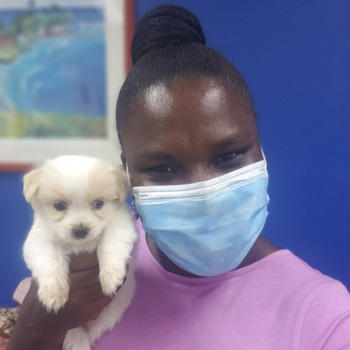 Expanding Her Realm of Care
One Health
END_OF_DOCUMENT_TOKEN_TO_BE_REPLACED