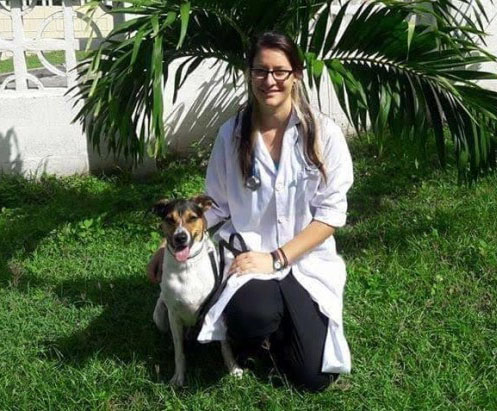 Kathleen Giguère knew what she wanted to do from a young age. And, perhaps just as importantly, she knew how to get there.

Having grown up on a farm and competed in horseback riding for years, the Halifax, Nova Scotia native dreamed of becoming a veterinarian specializing in equine medicine. By age 14, she had already started narrowing down her top choices out of Canada’s five veterinary schools: Atlantic Veterinary College (AVC) in Charlottetown, P.E.I., or Ontario Veterinary College (OVC) in Guelph, Ontario.

During that time, Giguère moved to Montréal, where she stayed for 12 years, attending school and matriculating into McGill University’s pre-veterinary program. When it came time to apply to veterinary school, she called AVC to start the application process.

But the process ended before it even began.

“I was told that I left my residency from the Atlantic provinces when I moved out of Halifax, so I wasn’t eligible to apply,” says Giguère.

To be eligible for admission to AVC, domestic applicants must have lived in New Brunswick, Nova Scotia, Prince Edward Island or Newfoundland for 12 consecutive months prior to applying, according to the AVC website.[1] The other Canadian veterinary schools are region-locked as well, which means they only accept domestic applicants who have permanent residency in the province or region where the school is located.[2]

The exception to the residency requirement is Université de Montréal’s faculty of veterinary medicine in Saint-Hyacinthe, Quebec—the country’s only French-language school. [4] Any Canadian can apply here, and, coincidentally, this was the only option in Canada for Giguère anyway, seeing as she was now considered a resident of Quebec.

The catch? Applicants must be fluent in French.

“I speak French very well, but I’ve done my higher education in English, and I wanted to continue to learn and eventually practice in English,” says Giguère.

So unless she moved to another province for a year to get a shot at that region’s school—a significant risk and opportunity cost, considering there’s no guarantee of acceptance—Giguère felt she was effectively shut out of the Canadian vet school system.

Thinking Outside the Lock

Unfortunately, Giguère’s predicament is hardly unique. In fact, Giguère knew plenty of fellow Anglophones in her pre-vet program at McGill, including close friends, who were also put at a disadvantage because of the region lock. Many ultimately decided not to go to vet school and instead pursued other careers because of it—a route that Giguère refused to consider.

“I couldn’t live with myself if I did something else and spent my whole life wondering ‘what-if,’” says Giguère.

That’s when her mind flashed back to a Ross University School of Veterinary Medicine (RUSVM) presentation she attended on campus during her first year at McGill. She liked RUSVM’s accelerated program, and was intrigued by the opportunity to study on an island. So 2014 found her flying to St. Kitts, along with two of her friends who chose the same path.

“I have no regrets,” she says. “I fully recommend Ross. It is different living on an island, and there’s a lot you have to do on your own. But I’m absolutely loving it and I’ll look back on this as an amazing experience.”

Currently a sixth-semester student, Giguère is looking forward to her clinical year and is completing her applications now.

“Ross has a really good reputation for preparing students well for their clinical year, so I’m excited,” she says.

Having been through the whole process herself, Giguère is passionate about helping prospective Canadian vet students find their way. She’s kept in touch with some of her old professors back at McGill, who in turn have connected her with students looking into vet school. She’s always happy to give advice and share her insight.

“I want to show people that there are other options,” she says.

As for Giguère herself, she’s keeping her eyes on the prize.

“I’m really excited to get to practice and help horses, and I just focus on that goal,” she says. 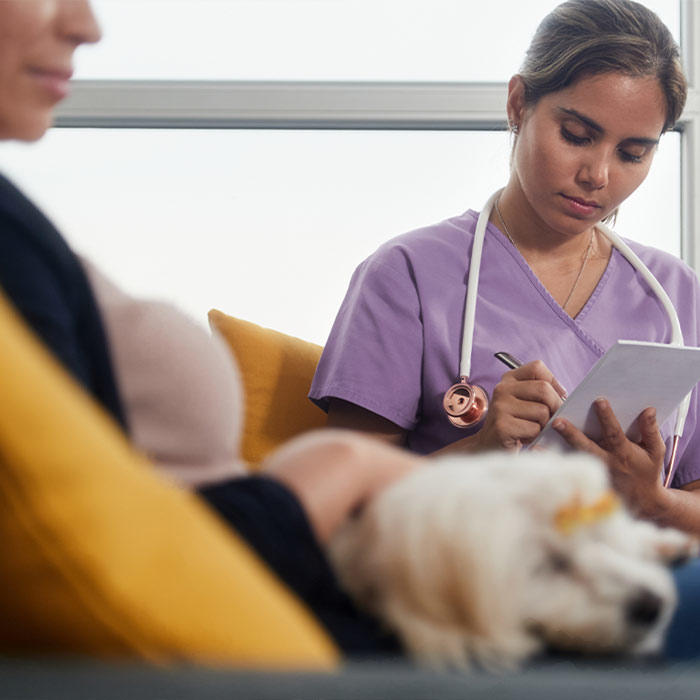 Types of veterinarians and what they do
Doctor of Veterinary Medicine 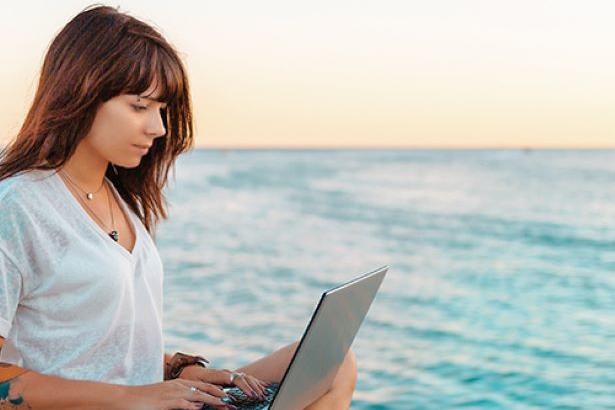 VMCAS Letter of Recommendation: How to Obtain It?
Doctor of Veterinary Medicine
END_OF_DOCUMENT_TOKEN_TO_BE_REPLACED