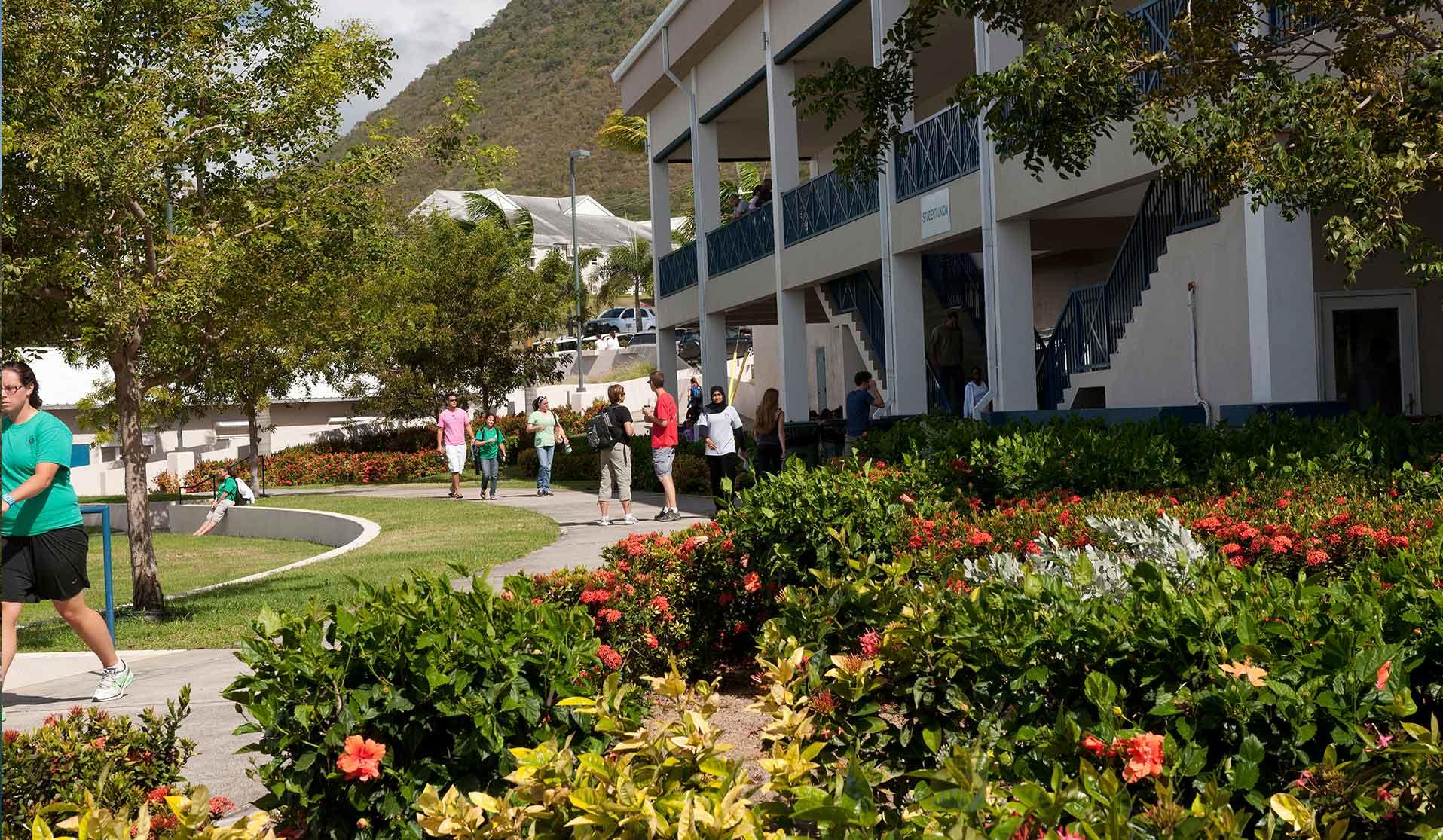 Dr. Salemi is the owner/partner of  Northside Animal Hospital, based in New York City, which has a special focus on exotic and wildlife species.  Since graduating from Ross University School of Veterinary Medicine in 1987, he has worked at Northside Animal Hospital, first as a staff veterinarian for four years before buying the practice and becoming a partner. He married Ann Salemi-Yanazzo in 1997 and they have 2 children, Mason and Nicholas.

Dr. Salemi has actively been on the NYC VMA Board from 1995 until present, including an appointment as its president in 2002, and has been recognized with a number of  awards from the association.

Dr. Salemi cared for the search and rescue dogs at Ground Zero after the 911 attacks. As a result of this  impactful experience, he developed, as charter and present member, the NYC VERT (Veterinary Emergency Response Team) executive board.  In addition, he has served on his hometown's Board of Education for the past 10 years as well as its Board of Health, Office of Emergency Management, and Stigma Free Committee.

Dr. Rey graduated from Ross University in 1999 and started working as a practicing veterinarian in New York, where she stayed for 4 years. After leaving New York, she moved to central Florida where she practiced for 15 years. She is currently practicing in south Florida and has a special interest in internal medicine, and a passion for surgery. She is really excited to be a member of the alumni council and looks forward to creating a greater bond between present, past, and future Rossies.

Dr. Quarti completed her undergraduate degree at the University of Connecticut and Connecticut College. During her career, she has been a professional equestrian, a humane officer, and the Director of Veterinary Quality, New England South for Banfield Pet Hospital, acting as the liaison for RUSVM. Dr. Quarti now works as the Regional Director of Operations at Community Veterinary Partners, a community of animal hospitals focused on bringing joy to families by providing the best care possible to the pets they love.  Dr. Quarti is also a board member of the Connecticut Veterinary Medical Association (Chair of the Strategic Planning Committee and member of the Government Affairs Committee).

Dr. Mickey Axelband is a practicing small animal veterinarian and the owner of South Broward Animal Hospital in Fort Lauderdale, Florida.  He is also the Chief Medical Officer of Promovet, a provider of discounted pharmaceuticals and services to Ross Vet Alumni.  He was formerly the Founder and Chief Medical Officer of the American Veterinary Group, an equity backed aggregator of small animal hospitals in the United States.  Mickey has practiced veterinary medicine in South Florida for 34 years, and has previously owned several veterinary practices. He sits on the board of Dezzy’s Second Chance Animal Rescue, a nonprofit organization dedicated to saving the lives of dogs in South Florida.

Mickey has been a consultant and speaker for several pharmaceutical companies. He appeared in a weekly “Ask The Vet” TV segment for two years and served as a regular on-air veterinary consultant for ABC News in Florida.

Mickey received his undergraduate degree from the University of Delaware.  After Delaware, he attended veterinary school in Italy while learning to speak Italian and traveling throughout Europe.  During his time studying abroad, he learned of Ross University, a new vet school getting ready to open. Mickey transferred into Ross and became the very first graduate of the school.

Prior to entering veterinary school, Dr. Azima completed a Bachelor of Science honors degree from the University of Guelph in Biological Sciences and Statistics. Subsequently, in 2008, she backpacked through East Asia for eight months with a non-profit leadership development program, aspiring to bridge the gap between the world's divides through empowering individuals to build personal integrity.

Dr. Azima entered veterinary medicine with the intention to pursue a career in regulatory medicine and One Health. Shortly after completing her DVM degree, she returned to her home in Toronto, Ontario where she was recruited as a Veterinary Officer by the Canadian government.

In 2018, in pursuit of a milder climate, Dr. Azima and her husband (along with their feline fellow, Harvey) moved to British Columbia, where she continues to work in the Public Sector as a regulatory veterinarian.

After graduating from Ross University School of Veterinary Medicine in 1998, Dr. Husbands completed a rotating small animal internship, followed by residencies in small animal internal medicine and comparative oncology. He has held both specialty practice and academic positions, and prior to his current position, also served as Associate Clinical Professor at the University of Minnesota, College of Veterinary Medicine. Starting in 2020, Dr. Husbands began teaching at The Ohio State University, where he works with veterinary students, interns, & residents, participates in clinical research, and cares for patients.

Dr. Jon-Paul Carew received his Bachelor of Science Degree in Marine Biology in 1997 from Florida Atlantic University, before graduating from Ross University School of Veterinary Medicine in 2001. His clinical year was completed at the University of Georgia, after which he returned to South Florida, practicing veterinary medicine since October of 2001. His current role is the Regional Medical Director for American Veterinary Group,  for which he oversees 28 animal hospitals while still practicing full time throughout the state of Florida.

While Dr. Carew enjoys all aspects of veterinary medicine, including surgery and exotic medicine, he has a special interest in pain management and anesthesia. He looks forward to being active on the alumni council and helping potential students achieve their veterinary career dreams.

Dr. Nisha Sanathara  was born in India and raised in Southern California. She earned her Bachelor of Science in Biological Sciences at University of California, Irvine and worked as a veterinary practice manager.  Her travels then took her to St. Kitts and Ross University School of Veterinary Medicine.  Dr. Sanathara completed her veterinary training at Washington State University in 2011, and she now practices in Southern California alongside her father, caring for canine, feline, and exotic patients in their three animal hospitals. Traveling also brought her to Canada where she met her husband, Murray.  Dr. Sanathara is excited to meet fellow alumni and to welcome new graduates into the global Rossie Community.

Dr. Witalis completed her undergraduate degree at The Ohio State University and graduated from Ross University School of Veterinary Medicine in 1997. She has worked in practices focusing on small animal, exotics, emergency, and relief veterinary medicine. Dr. Witalis currently lives in Northern Kentucky while working in Cincinnati, OH. She has one dog, 2 tortoises, 3 cats and 4 birds. She loves traveling, weight lifting, scuba diving, reading, cooking, sewing and working in her yard. She is is proud to say: "My career has allowed me to make friends around the globe".

Mike Zareski, DVM (RUSVM 2002) "Dr. Mike" Zareski was a 2002 graduate of Ross University School of Veterinary Medicine. Prior to going into private practice, he completed a clinical rotation with Louisiana State University in Baton Rouge, and also completed a two-month elective internship at the National Aquarium in Baltimore, focusing on a lifelong interest in aquatic animal medicine. In April 2008, Dr. Mike merged Surfside Veterinary Services with Animal Birth Control spay/neuter clinic to found Western Veterinary Group, acquiring Crenshaw Animal Hospital in June, 2012. As a small animal practitioner, he was accomplished in all aspects of general medicine and surgery. Born and raised in the South Bay, Dr. Mike graduated from Palos Verdes High School and earned a Bachelor’s of Science degree from Santa Clara University. He traveled extensively across the U.S. and abroad, living in Europe, Japan and St. Kitts, West Indies. Most of all, he enjoyed sunny days in the South Bay with his wife, Shanna, daughters Jordana and Hannah, sons Christopher and Drew and their cats, Delilah and King Soloman. Sadly, Dr. Zareski left this earth in 2017 and is missed by all who knew him.

After his residency he worked in the medical device industry for two years, and again returned to academia at North Carolina State University College of Veterinary Medicine where he currently works in laboratory animal resources.

Dr. Humphreys served on the AVMA Educational Commission for Foreign Veterinary Graduates (ECFVG) Committee for six years. He also was a founding member of the RUSVM Alumni Association and became acting president of the association in 2017.