In December 2021, Tamara Qabazard, DVM ’16, was honored with an Almarai Veterinary Medicine Award. The annual award celebrates veterinarians in Saudi Arabia and the Gulf Cooperation Council (GCC) countries who have made significant contributions to the profession and whose scientific research has helped to enrich veterinary medicine in that region.

For Dr. Qabazard, the honor of Best Female Veterinarian means so much more to be recognized as a Kuwaiti woman in veterinary medicine. She describes the award as one that can increase awareness in the veterinary field and promote the importance of veterinary medicine as a global need. “I hope that other women can see this as an inspiration to pursue a veterinary career,” said Dr. Qabazard. “Representation is so important and if a Kuwaiti woman sees me and sees this award, they know they can do it.”

At the time of the award selection process, Dr. Qabazard was serving as the veterinarian for Kuwait Zoo and felt she “had a calling to care for the animals and learn what their needs were in a zoo setting. I had to help create a new environment for them to live comfortably.” Though she has since left the zoo to return to private practice in Abu Dhabi, United Arab Emirates, caring for exotic animals is part of the foundation that goes back to her childhood growing up in Kuwait. She started competing in equestrian show jumping at 6 years old and was surrounded by animals in their natural habitat. Horses and elephants were the earliest obsessions as show jumping started to take her all over Kuwait and European tours. When the Gulf War started in 1990, she and her family relocated to San Diego, California, where her grandmother lived. The obsession with animals came too, and the temporary home away from home meant endless family trips to the famous San Diego Zoo.

Everything manifested toward a dream career in veterinary medicine. “When we went back to Kuwait, I knew I had to be around animals more and more. In Kuwait, it was not common for households to have pets inside, but we cared for dogs, cats, ducks, and chickens as our own. ”

When thinking about the veterinary field, Dr. Qabazard first envisioned she would specialize in equine medicine. Horses are ingrained in Kuwaiti culture, and her skills in show jumping eventually brought her to the University of Wisconsin’s equestrian team. Alongside her athletic commitments, she also volunteered at the University’s Harlow Primate Center until she graduated in 2010. She then moved to New York City to work at One Love Animal Hospital in Brooklyn. It was here she met Moses Humphreys, DVM ’05, and was introduced to Ross University School of Veterinary Medicine (Ross Vet).

“I was drawn to the way he practiced veterinary medicine with such confidence. That’s one thing I learned right away is Rossies are confident and never shy away from a challenge. Rossies have the right attitude and mindset,” said Dr. Qabazard.

Ross Vet provided many opportunities for Dr. Qabazard to integrate into a new culture in St. Kitts, and on campus the early access to hands-on work with live animals like donkeys, dogs, and sheep helped lay the foundation for what is now an award-winning veterinary career. Beyond the classroom, valuable skills like learning to go with the flow and think on your feet furthered Dr. Qabazard’s abilities as a zoo veterinarian. “You work with everything from primates, giraffes, lions, birds, rabbits, gazelles, and your brain and training have to quickly rotate between species and knowing what’s best for each of them,” she recalled. “In Kuwait, a cultural gap also exists with veterinary books needing to be translated from English to Arabic. I have had to think on my feet and be creative with limited resources and support.”

In many ways, practicing veterinary medicine has become an art form for Dr. Qabazard. It’s a parallel she makes to her extracurricular passions for performing as a DJ and artistic dancer. “When you’re on stage, you’re watching the crowd and feeling their energy. When I listen to my music I am listening with my heart, and I do the same with animals. Performing a surgery and practicing medicine is just as much an art form.” 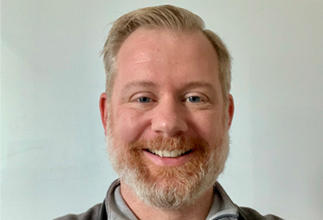 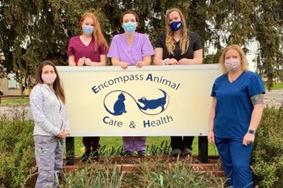 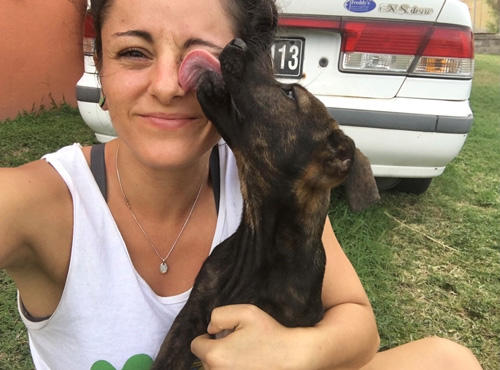